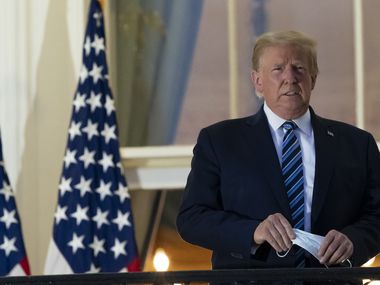 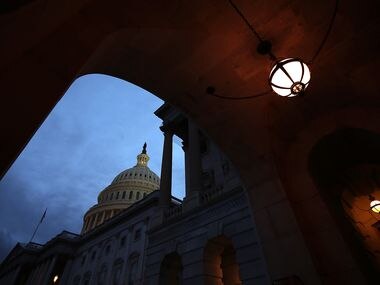 University of Houston professor Nancy Beck Young, Ph.D., guesses a relief package could land in mid to late January — and only if Democrats capture the Senate, she says.

Trump also tweeted that he plans “to pass a major stimulus bill that focuses on hard-working Americans and small business” after the election.

“I would not bet on it happening in time to do good for those [restaurants] who are one month away from not paying the mortgage,” Young says.

About 15% of the 50,000 restaurants in Texas have closed permanently, reports the Texas Restaurant Association. They believe 25% of restaurants will close in Texas without more government relief. Congressman Earl Blumenauer (D-Oregon), who wrote the $120 billion Restaurants Act, is much more pessimistic, saying on a call with the Independent Restaurant Coalition on Oct. 2 that 85% of independently owned restaurants will be gone “forever … if they don’t get targeted relief.”

Knight’s advice to struggling restaurants in Texas is twofold: First, restaurants “need to close” if government money is the only way they can succeed, she says. And second, it’s past time to pivot.

“People have to accept that the business model has changed,” she says. “Curbside, delivery and alcohol to go are here to stay — and they have to adapt.

“If you’re waiting for something to happen, it’s not coming,” she says. “It’s heartbreaking.”

The struggle is bubbling up for Mark Maguire, who owns three restaurants, including his flagship Maguire’s Dallas on the Dallas North Tollway. His restaurant has five to seven more weeks of cash flow before he’ll have to make a decision: “Are we going to be able to find a source to self fund, or are we going to have to shut down?”

The fine-dining restaurant opened in 1999. It, like many restaurants, makes a significant chunk of its income between September and December, when corporations and individuals book parties around the holidays. By this time last year, Maguire’s had booked at least 40% of its private rooms for holiday parties. But Gov. Greg Abbott’s latest executive order prohibits parties of more than 10 people at restaurants, and Maguire has no idea if or when that will change — which means he may have to give up those profits entirely.

“The hardest thing about it is just the unknown,” he says. “It’s damn near impossible to make any decisions that can be impactful on even a short-term basis.”

Maguire has served on the Texas Restaurant Association board for 21 years and has worked in Dallas-area restaurants for 39 years. He’s never worked outside of the restaurant industry. He says he and his colleagues have “preached” to government leaders about independent restaurateurs’ role in the economy.

“We employ more people, we generate more transactions, we touch more vendors” than most other industries, he says. “I really thought we had made a ton of progress with legislatures … that we’re not just a bunch of burger flippers in a dead-end career. I was encouraged by that in the last four or five months.”

Maguire was discouraged that talks of a second relief package seem to have “slowed to a crawl.” A day after Maguire’s interview with The Dallas Morning News, the president stopped negotiations.

Maguire accepted PPP money over the summer; his loan was among at least $473.5 million of Paycheck Protection Program (PPP) funds given to North Texas restaurants over the summer. Maguire says another round of PPP would be helpful, but notes that “it’s a temporary fix.”

Shannon Wynne, a Dallas restaurateur who operates 32 restaurants in the U.S., agrees that PPP funds “worked beautifully.” It helped many of his restaurants survive, though he has six restaurants that he says are still vulnerable.

The PPP funds have now run out, but Wynne says they served a great purpose.

“Not only does our company stay active [with PPP], but our employees get paid,” Wynne says. “They’re at work. The landlords get paid. Their banks get paid. The lenders, everybody gets paid. That upward flow really did work beautifully. And it saved us, quite honestly.”