DENVER, Oct. 14, 2020 /PRNewswire/ — Pie Insurance, an insurtech specializing in workers’ comp  insurance for small businesses, today announced it has exceeded $100 million in cumulative written premium and surpassed $100 million in annualized run rate premium. In less than 3.5 years since being founded, Pie Insurance has cemented its spot as the fastest insurtech company to hit these milestones. This monumental growth is evidence that small businesses, and the insurance agents who serve them, are ready to adopt a modern and automated insurance experience.

“Commercial insurance in the United States generates $300 billion in annual premiums. However, the industry operates in an almost entirely analog environment,” commented Dax Craig, Co-Founder and President of Pie Insurance. “Pie leverages technology to modernize the entire insurance experience for small businesses, and our rapid growth is a testament to the huge unmet need in the market.”

Today’s milestones follow Pie’s last funding in May, in which the company raised $127 million and formed its affiliated entity, Pie Carrier Holdings. To date, Pie has raised $188 million to further the company’s mission of transforming small business insurance by automating the entire quote to claim experience—starting with workers’ comp insurance. Pie’s use of advanced analytics enables quotes in 3 minutes and savings of up to 30% for small businesses.

“Reaching $100 million in written premium in such a short time since our founding shows that there is a massive appetite for workers’ comp insurance that is simple, trusted and affordable,” said John Swigart, Co-Founder and CEO of Pie Insurance. “We recognize the numerous challenges that small businesses are currently facing, and we believe finding insurance shouldn’t add to their burden. We’re proud to help small businesses around the country save money and get workers’ comp insurance  quickly so they can focus

US In Danger Of Becoming A ‘Renter Nation’ As Home Prices Hit Record High, Says Investor

“Homeownership is still dead in this country because the only people that are buying homes right now are people that have equity, great credit, and a job,” Cardone said.

For every $1,000 increase in home price, 150,000 buyers are priced out of a possible home purchase, according to a recent report by the National Association of Home Builders (NAHB).

The fall season is known to be good for real estate as home prices fall during this time. Realtor.com, however, suggests that median home prices rose to $350,000 in the week ending Oct. 9, almost matching summer highs. This was 12.9% higher than the previous week.

On the other hand, the rental market is looking more desirable and economic with prices dropping. Data from rental website Zumper suggests that the median rent price for a one-bedroom apartment slid 0.1% from last month.

Cardone said a secure job is a way to secure a home loan. Americans would need a better credit score now than they did before COVID-19 to get a home loan, he told Yahoo.

As the pandemic progressed from early February, the American public, especially renters, have higher rates of unemployment, fewer savings to be used for a down payment, and lower credit scores, Elizabeth Renter, an analyst at Nerdwallet, told Yahoo.

Even though the public is struggling with finances, banks have increased their requirements to give out loans,

Current Mortgages — October 12: Rates Move Up a Little, but Stay Near Record Lows 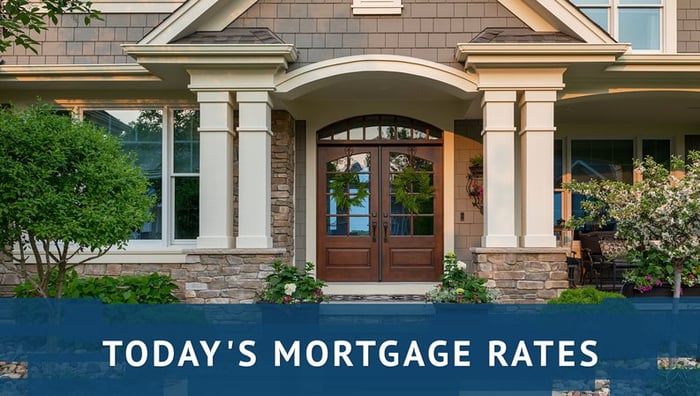 Mortgage rates have been relatively stable in recent weeks, which is good news for borrowers since they continue to remain near record lows. Today, while rates ticked up very slightly, borrowers will still find very competitive mortgage rates that are well worth locking in. Here’s what you need to know about average mortgage rates for Oct. 12.

Savvy borrowers will notice that while the interest rate is a bit below the rate on a 30-year loan, monthly payments are much higher. This occurs due to the faster repayment timeline, which also

BlackRock, the world’s biggest money manager, made headlines early this year when it pledged to prioritize climate change in its investments and pare down its coal holdings.

But environmentalists say the company has failed to make good on this promise in a series of shareholder proposals at annual meetings this year.

Led by influential Wall Street player Larry Fink and overseeing some $7.3 trillion in assets, BlackRock in January vowed to take action to address climate change and sustainable development, raising the hopes of environmentalists.

“We applauded BlackRock for its statement at the beginning of this year…. and we acknowledge that they have taken some steps in that direction,” said Ben Cushing, who leads the Sierra Club’s financial advocacy campaign.

“But clearly it has not translated into fast-enough, or bold-enough action.”

Part of the skepticism comes from BlackRock’s response to shareholder proposals to require companies to take action on the environment.

BlackRock supported only 13 percent of the green-oriented resolutions in 2020, down from 20 percent in 2019, according to Proxy Insight, which tracks global shareholder voting.

And though BlackRock signed on to Climate Action 100+, a global investor engagement initiative, the company supported just two of 12 resolutions presented by the coalition.

BlackRock holds shares in numerous large companies, including Apple, Facebook and Exxon Mobil, as well as ConocoPhillips and Nike.

Cushing said BlackRock could make a big difference if its actions match its rhetoric.

BlackRock has been criticized for not living

(Bloomberg) — An upcoming surge in euro-area bond sales should be more than swept up by the record amount cash of sitting idly in the economy, potentially adding fuel to the rally sweeping across the region’s debt markets.

Next week, bond offerings in the eurozone are expected to rise five-fold, with Germany, Italy and France, among others issuing a combined 30 billion euros ($35.4 billion) worth of securities, according to Commerzbank AG. That’s still less than the amount of debt coming due.

The supply also comes as excess liquidity in the euro area ballooned past the 3-trillion-euro mark for the first time ever last week, thanks to unprecedented support from the European Central Bank.


The monetary authority’s liquidity injections have already pushed yields on some of the region’s riskiest borrowers to record lows. With speculation now growing that the ECB will expand and extend its program in December, demand for euro-area debt could prove solid at the auctions, spurring the next leg of the rally.

“The period from now until year-end does provide a fertile backdrop for further spread compression,” UBS Group AG strategists including Rohan Khanna wrote in a note to clients, referring to the yield premium between peripheral debt and German bunds.

While U.S. election uncertainty could lead to some volatility, “the ECB has enough firepower to fight against any unwarranted widening in spreads,” Khanna said.

Offering additional support will be around 41 billion euros of redemptions from Germany, Italy and Ireland, which will need to be reinvested. Meanwhile, coupon payments from these three nations and Portugal will total over 1 billion euros next week.