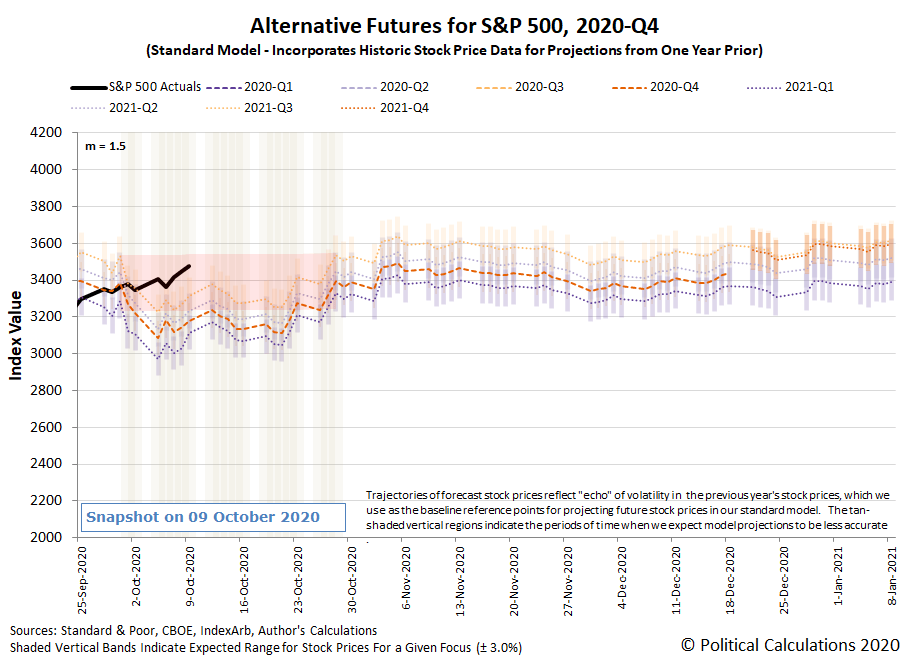 All these tax hikes would potentially devastate the market in 2021, but that would depend upon the actual tax changes that would be enacted. In 2013, President Obama’s fiscal cliff tax deal raised personal income tax rates, but lower tax rates held for dividends and capital gains, making it advantageous for influential investors to channel investment returns through them rather than through personal income. With that fundamental support, the stock market avoided crashing and was able to grow.

We think things would be very different in 2021, given that Biden’s political party has shifted so far to the left over the intervening years, which would all but ensure downward pressure on stock prices. To avoid crashing under the Biden tax regime, even more government-funded fiscal stimulus and more monetary stimulus from the Federal Reserve would be required to offset the contractionary impact of the tax hikes, which will need to be provided at levels several times larger than the projected changes in the amount of taxes to avoid that outcome.

Meanwhile, we wouldn’t expect to see anywhere near the same tax avoidance-driven volatility in the market during the rest of 2020 or in 2021 if President Trump is re-elected. That is mainly because investors would not expect drastic changes to established tax policies and thus wouldn’t need to “rush for the exits” before the end of 2020. It would also be less prone to crash in 2021, though that would depend in part on the Federal Reserve continuing to provide monetary stimulus. The Fed’s minions sent out mixed signals on that count during this past week.

We don’t think the chances of either presidential candidate winning is doing much to affect stock prices at this time, with stock prices more or less in a holding pattern outside of the influence of the noise from the fiscal stimulus negotiations. As a general rule, political events may contribute noise to the markets, but until major changes in tax rates become an immediate concern affecting investor expectations for the future, they won’t contribute more than day-to-day noise to the S&P 500.

Speaking of investor expectations, here are the market-moving headlines we pulled from the past week’s newstream:

Elsewhere, Barry Ritholtz listed the positives and negatives he found in the past week’s economics and markets news.