Private insurers are reaping a veritable windfall from the federal government’s heavy spending on the elderly — with demand from the COVID-19 pandemic leading to more robust offerings.

Following a trend that has been growing in the past few years, both Cigna (CI) and United Health Group (UNH) announced expansions of their Medicare Advantage plans for 2021 — with Cigna expanding in 67 counties and UnitedHealth expanding in 300 counties.

In addition, Walmart (WMT) has joined in with its own insurance education services, in order to help seniors sign up for Medicare plans.

The two health insurance giants are expanding in an increasingly competitive market, dominated by players like Humana (HUM) and Centene (CNC). They are also seeing a swell of startups including Clover Health, Oscar and Bright Health.

According to Brian Evanko, Cigna’s president of Government Business, insurers are faced with a convergence of factors that include a willing government payor, an increasingly aging population, and the flexibility to compete with robust offerings.

Many plans have $0 premiums —a key selling point — and thanks to the popularity of telehealth during the pandemic, both insurers are offering $0 copays on telehealth visits. Cigna is now offering behavioral health virtual visits, as well, while UnitedHealth promoted its $35 cap on insulin.

For Cigna, traditionally a big player in commercial and employer-sponsored plans, the expansion marks the largest in the space to-date. The overall number of counties, 369 in 2021, represents 30% of the Medicare market in America, and a 22% growth from the previous year, Evanko said. By 2024, the company is targeting 50% of the market.

And companies like Cigna will continue to shift their resources and efforts into the Medicare Advantage market, as ongoing bipartisan support fuels growth. It’s a captive pipeline, Evanko explained.

Last week, I posted updates to the America’s Scariest Charts series on the U.S. labor markets (see here). Two commonly over-looked and under-reported labor markets statistics worth covering in any analysis of economic conditions in the country are:

Both have been shockingly impacted by the COVID19 crisis, and both are experiencing only partial recovery to-date. 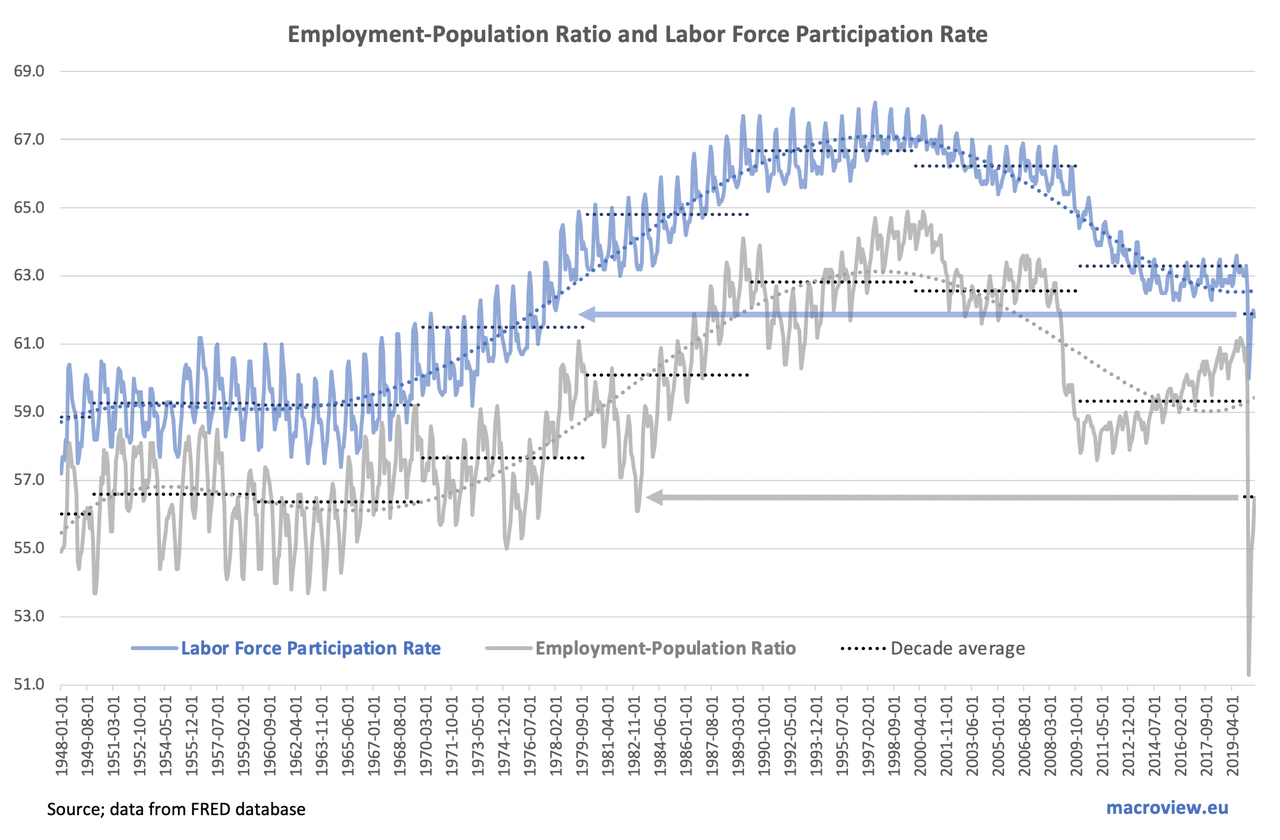 As the chart above illustrates:

In terms of both indicators, current conditions in the U.S. labor markets are worse than those encountered at the worst points of any recession since 1983, including the depths of the Global Financial Crisis. And this assessment comes after 3 months of the ongoing ‘recovery’.