Just moments before noon Saturday, a hoard of black-jacketed officials waltzed onto the fourth floor of the Indianapolis Motor Speedway media center. Reaching a set of socially-distant chairs laid out for guests, the crew parted like the Red Sea, as men with golden bowties on the backs of their jackets on the left and red-lettered “Honda” logos to the right.

Up on stage, IndyCar president Jay Frye was flanked by two of the biggest names in American motorsports. Notably, it was a picture without any new faces, but all the familiar characters present.

Fans with eagle eyes on the sport since the spring had been hoping for a third section in Saturday’s seating chart, ideally filled by Italian sun-tanned faces with the legendary Prancing Horse logo of Ferrari featured somewhere prominently on their jacket or polo. 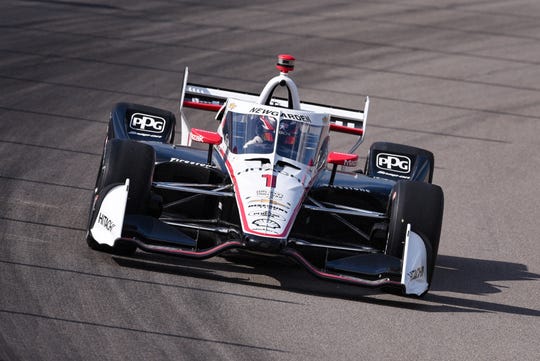 For now, that dream of adding a global powerhouse like Ferrari as the series’ third engine manufacturer is on hold, but Saturday’s news of multi-year extensions with both Chevy and Honda, along with the delay of the series’ move to hybrid power until 2023, lays the groundwork for stability that could welcome such a move down the road.

“We know where we’re going and what we’re doing, and we’ve got good partners lineup,” Frye said during Saturday’s news conference. “I’m excited about the future and what that’s going to look like down the road.

“This has been a huge challenge, and one of the things we talked about the other day, this all feels good with some more clarity with the schedule announced this week, and now with this going forward for a